Is there another ‘Beast from the East’ on the way?

There have been many headlines in recent days proclaiming a return of the ‘Beast from the East’ and ‘triple polar vortex to trigger heavy snow’ with bookies reportedly cutting the odds that this month will end as the coldest January on record following a sudden stratospheric warming high above the Arctic.

So, just how much truth lies behind these headlines and what can we really say about the weather for the coming month? Our Deputy Chief Meteorologist Jason Kelly explains.

However, it’s important to note that not all sudden stratospheric warmings lead to colder-than-normal conditions over the UK and there are other global weather factors that result in blocked weather patterns and possible colder weather for us. These include El Niño and the Madden-Julian Oscillation that were well signalled in our 3-month outlook as early as the end of November.

Certainly, for the first ten days of January there is no strong signal for a cold easterly flow that was associated with the ‘Beast from the East’ last winter, and it’s too early to provide detailed forecasts for what the weather will be like for the remainder of January.

Our current 6-30 day forecast points to the likelihood of more mobile conditions before the arrival of anything that might potentially be colder. Towards the end of January, however, there is an increased likelihood of a change to much colder weather generally, bringing an enhanced risk of frost, fog and snow.

This cold spell is by no means certain though, and if you are hoping for, or need to prepare for possible cold and/or snowy weather, please keep up to date on our forecast pages and by following us on Twitter and Facebook. Our app is available for iPhone from the App store and for Android from the Google Play store.

Is there another ‘Beast from the East’ on the way? 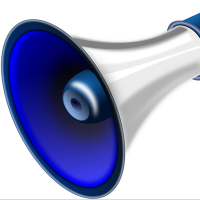 Heralded
View all posts by Heralded

You can find out more about which cookies we are using or switch them off in settings. By continuing to use this site, you are agreeing to our terms and conditions listed in our disclaimer linked here.

This website uses cookies so that we can provide you with the best user experience possible. Cookie information is stored in your browser and performs functions such as recognising you when you return to our website and helping our team to understand which sections of the website you find most interesting and useful. By continuing to use this site, you are agreeing to our terms and conditions listed in our disclaimer linked here.

You can adjust all of your cookie settings by navigating the tabs on the left hand side.

Strictly Necessary Cookie should be enabled at all times so that we can save your preferences for cookie settings.

If you disable this cookie, we will not be able to save your preferences. This means that every time you visit this website you will need to enable or disable cookies again.